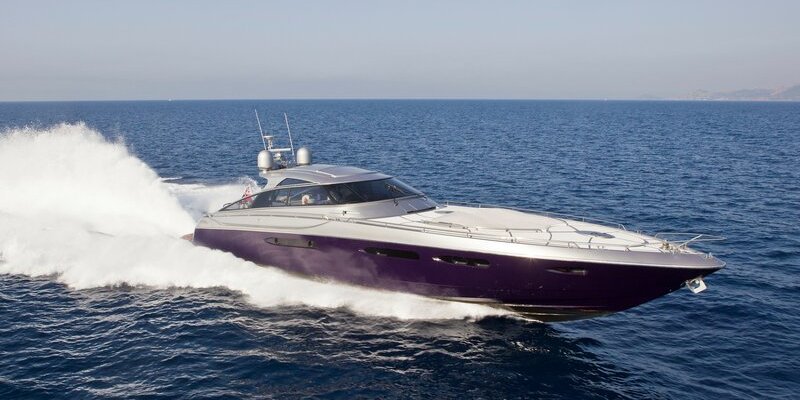 The 24.3 metre motor yacht Low Blow has been sold with both buyer and seller represented by Renaud Canivet at Ocean Drive in an in-house deal.

Launched in 2008 and continuously upgraded ever since, she was built from GRP by Italian yard Baia to a design by Alberto Ascenzi as part of the yard’s Atlantic 78 series. Accommodation is for up to six guests split between three en-suite staterooms, including a full-beam master cabin, a double and a twin cabin with a Pullman berth. The crew quarters are situated in the bow and allow for a staff of three people.

The interior is light and tasteful, with a relaxation area in the saloon on built in suede settees, a bar and an entertainment centre including a 42 inch LCD television screen. Forward is a small informal dining area for four guests at a round table.

Her entertainment centre is highly specified with a 42-inch television screen and Bose Dolby surround sound system. The galley is similarly well kitted out, with appliances by Miele, Bosch and Kenwood. Her top speed is 48 knots and she boasts a maximum cruising range of 450 nautical miles at 12 knots with power coming from two 2,030hp MTU 16V2000M91 diesel engines.