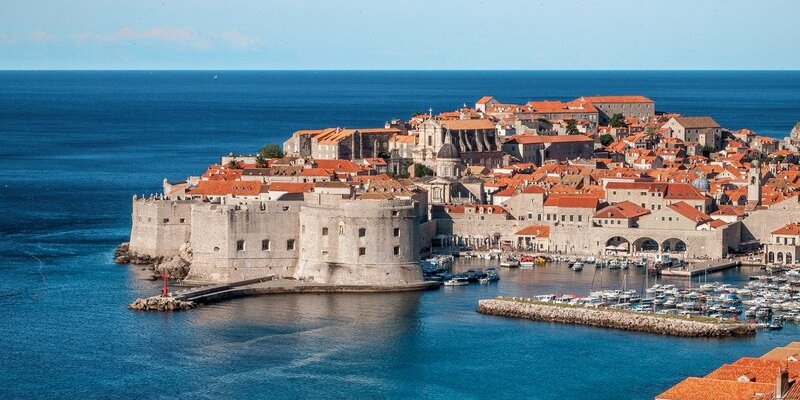 The eastern Mediterranean’s take on the French Riviera, Croatia’s Dalmatian coastline is a compelling cruising ground in itself, particularly when explored by yacht. The outhern Dalmatian coast harbours a hotchpotch of cultures ashore, with Roman ruins and historical sites from its Venetian and Ottoman chapters. Equally impressive, northern Dalmatia includes the stunning Kornati archipelago, home to a national marine park. Tranquil coves, crystal clear waters and stunning culture and architecture make the Dalmatian coastline a quintessential cruising ground.

Begin your charter in the medieval walled city of Dubrovnik. Nestled behind its huge ramparts, take a stroll around the ancient city walls for an overview of the Old Town and discover Dubrovnik’s many historic and cultural treasures that have earned it the designation as a UNESCO World Heritage Site. See the major attractions including the Rector’s Palace, the Romanesque, Gothic, Dominican and Franciscan Monasteries, and Sponza Palace.. Enjoy local cuisine at one of the many restaurants in the Prjeko area which comes to life in the early evening.

Escape the summer heat of the city and cruise west to Mljet. The island is a national park of forested hills and two teal coloured inland lakes which can be reached by tree shaded cycle and walking trails. Cruise to the northern side of the island for a peaceful anchorage near the village of Polače.

The Croatian equivalent of Capri, complete with its own blue grotto, Vis has a dense interior of olive groves and vines, while the coastline is made up of relatively deserted beaches, the best of which include Milna, Stoncica and Srebrna.

Hvar has fast become the party island of the Dalmatian coast and Hvar Town is the Cannes of New Europe - a wide promenade runs around the horseshoe shaped harbour dotted with palm trees and fringed with bars that open out of elegant Venetian mansions. Early evening dine on the freshest fish at one of the many seafood restaurants before heading to the island’s exclusive nightspot, Carpe Diem.

After a busy few days partying in Hvar cruise to the quieter island of Brač. Take the tender ashore to Croatia’s most famous beach - Bol. A long strip of sand, the beach changes with the tide and is an ideal location for a spot of windsurfing.

Cruise to the old town of Split and step ashore to discover the Roman emperor Diocletian’s palace around which the city grew up.

Moor alongside the Riva at Trogir and wander along the promenades before raising a sundowner to your charter at one of the many cafés that line the waterfront.

Don’t miss : Cruise on to the Kornati National Park. Made up of over 140 islands, islets andreefs, there are numerous secluded coves, bays and sandy beaches, perfect foridyllic anchorages and snorkelling amongst the multicoloured fish and corals