Benefit of the Indian Summer to discover the secret islands of the French Riviera! 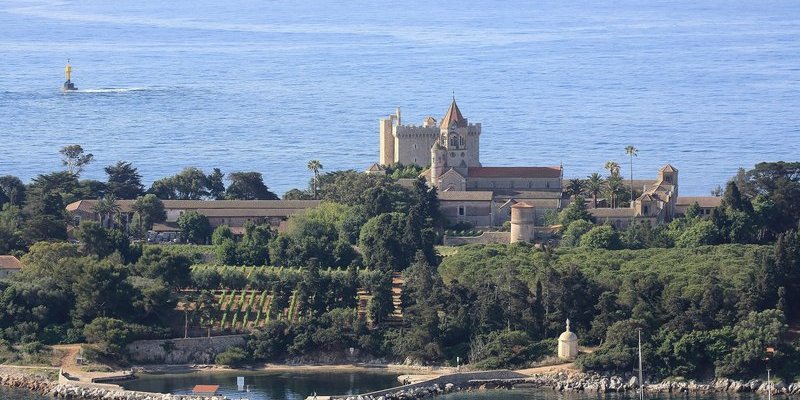 Although the summer high season will soon be drawing to a close, there is still plenty of time to book a last-minute charter vacation thanks to a fine selection of yachts offering special rates throughout the month of September. The peak yachting season is now in full swing, but don’t despair if you are yet to book your summer yacht charter. Surprisingly little known, the Mediterranean islands of France are some of the most beautiful and romantic destinations in the world. Some make for good day trips, others are places to spend an entire vacation, but all of them are fabulous and need to be seen!

Porquerolles: Paradise on earth!Welcome to Porquerolles! A short 10-minutes boat ride away from the coast, the crescent-shaped island nestles a charming village in its center where you will find a wide and diverse offer of accommodation, restaurants and bike rentals. The best way to discover Porquerolles is hiking or cycling on the numerous marked trails of the National Park. Porquerolles has two facets: on the southern side, the coast is made of steep cliffs and secluded creeks only accessible to hikers. The northern side, on the other hand, offers fine sand beaches and turquoise waters…our very own Caribbean! As for the core of the island, it is made of fertile plains on which the botanical conservatory grows ancient and unique species. This special island awaits your visit…

Port Cros: An exceptional natural heritage …There are no cars in Port-Cros…not even a bike to disturb the insular calm. Heart of the National Park created in 1963, the wildest and best preserved of the Golden Isles is made for hiking. Be Robinson Crusoe for a day and set upon the island’s marked trails, losing yourself among the arbutus and cistus trees, accompanied on your adventure by the cicadas’ song. Three trails running along the coast and inland will take you on a discovery hike amidst Port-Cros’ natural and cultural wonders.

Bendor island, A Paul Ricard IslandJust a few hundred yards off the coast near Bandol in the Var, the tiny island of Bendor was bought by the Pastis millionaire Paul Ricard in the ’50s. He built several casually chic hotels here that turned Bendor into one of the most fashionable destinations in the south of France, a place that attracted everyone from Salvador Dalí and Josephine Baker to actor Jean-Paul Belmondo. It may be a little less jet-setty today — it’s a favorite with the French bourgeoisie — but it’s palmy Mediterranean charm survives intact.

Les Embiez islandNot far from the pretty fishing port of Sanary-sur-Mer, Ile des Embiez, also originally owned and developed by Ricard, is Bendor’s much larger and busier twin. This half-square-mile-size island has a pleasure boat port, a nice hotel and the Paul Ricard Oceanographic Institute. Along with seven beaches, a pine forest and a nature trail, Embiez also boasts a 25-acre vineyard that produces white, rosé and red wines. Strict environmental policies mean the island is remarkably unspoiled and will remain so forever, which is perhaps why Paul Ricard chose to be buried facing out to sea on the highest point of the island he loved so much.

The Golden Island Also called “L’île d’Or” is one of the most beautiful symbols of the Estérel Côte d’Azur destination. Visible from the Dramont beach, it intrigues with its high tower. It has inspired the world of comics and cinema. Here, the mysteries of this small island off the coast of Saint-Raphaël are revealed. At the foot of the majestic Dramont massif, the Île d’Or is one of the sixty most beautiful sites in France! In the 19th century, the Île d’Or was still just a rocky islet similar to so many others on the coast. It was only in 1897 that the destiny of this small island was revealed. Indeed, that year, an architect from the Dramont named "Sergent" became the owner for only 280 francs (a derisory sum for the time!).

The Lerins islands These islands are the stars of the bay of Cannes. They do not play second part to those who will steer the entire light on the main star. They are the light and attract the desire of a visitor who is eager for the natural charm and of authentic places where time has stopped. Eternal are Saint-Honorat and Sainte-Marguerite, the largest of the islands of Lerins. Sainte-Marguerite’s historical heritage complements a natural wealth of a serene beauty. At the heart of the Royal Fort, the Sea Museum reminds us of the eternal object of lust that is Cannes.The island Saint Honorat is located in the bay of Cannes. This little island of 40 hectares is inhabited by the monks of the Abbey of Lerins since 1600 years. Explore the paths under the pines and see this listed heritage Historical Monuments of France with its seven chapels, ovens Napoleonic cannonballs, the fortified tower Monastery of the eleventh century, the abbey with its abbey church, vineyards and wine production and liqueurs.

Check all the blogs